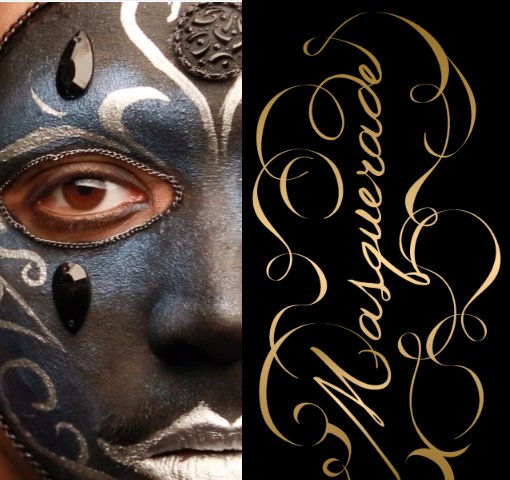 
Recent posts of accounts of sexual harassment, abuse and warnings in the Lindy Hop/Swing dance scene have been making the rounds on Facebook and various blogs.  While no doubt a subject no one wants to talk about, it is good it is out there to create dialogue and hopefully measures to stall this kind of conduct.

The earliest public post we saw were from 6 years ago of this nature, and the topic has come up again.

Here are some links with discussions.

We unite in bringing light and awareness to these tragedies, hoping this will create productive discussions.  It is something we can learn from and be able to address more adequately when we here in Harlem "finally" get a long awaited dance scene in the area. Posts from others have been on The Harlem Swing Dance Society Facebook page concerning this, sharing what we have reviewed from others.  We feel this vital information is especially needed for teenagers who are allowed to dance with adults within the dance scene so they are not taken advantage of..... or groomed with these asinine behaviors thinking its "normal".

Emotional Abuse
Emotional abuse, like other types of abuse, tends to take the form of a cycle, starting when one partner emotionally abuses the other (typically to show dominance).  It is designed to chip away at a person's self esteem, self-worth, independence... and even to make the victim believe that with out the abuse they are nothing. Jealous behaviors are often mixed together with domineering behaviors because of the need to try to control, engaging in behaviors meant to restrict a person.

This kind of abuse is sneaky because no physical marks or scars ever appear while its taking place.  Generally the only sign - perhaps at first - for the victim is having a felling that something is amiss.  They cannot quite put their finger on it in the beginnings.  Those who are close to the situation and/or are a sounding board hearing the laments of the victim see much more clearly that emotional abuse is taking place.  Or maybe not.  We are not saying anyone is dense here.  We are recognizing the need for discussion as a preventative or precaution so help can be offered or gotten right away.


KNOW THIS:  The perpetrator aims to gain power and control over the victim through belittling, threatening or manipulative behavior.

We did our own search and found some helpful information through this website www.healthyplace.com.  Please do your own research so that there is no doubt in your mind when someone, male or female, may be trying to take advantage of your trust and relationship.  If you find yourself in such an ordeal, perhaps a little confused or unsure of whats happening (and getting no answers from the individual) that can be a red flag. Please take a close look at what it can be doing to your sense of self and your current and eventual long-term happiness.

The sad but truthful thing that all must recognize is that there will be those who won't believe you,  or they refuse to believe it could ever happen.  Not that person; they can't be a Jeckyll and Hyde! Then to add insult to injury they may put their heads in the sand, leave it as a topic not to be discussed AT ALL and also turn the other cheek - blatantly.  Stare at you like you have the problem...

Well that is their right. However you - the Victim - should at this point seriously evaluate what kind of friend(s) you think you have.  Especially if they in turn blame this on you in some manner, not say anything about it (if you have been public on it) and then - worse - blame you for not trying to fix this person while this was all going on.  SMH....

Some have stated concerning the women who have bravely come forward with their accounts "Why don't they just tell the person off and leave it at that?" That can be "easier" said that done.

In case you didn't know females are "wired" differently, and most times have to go thru the stages of talking and/or writing about it.  Being a sounding board for the person may not be easy, but being patient and letting them get it out is being a true friend (so long as you keep it private)

In addition writing is always helpful for anyone, male or female,  to analyze thoughts, positive and negative, and to see what has happened and why.  And in certain circumstances why they "may have" allowed it.  In written form versus just thinking about it in your head relieves stress.  Emotional abuse is a degrading process that breaks down a person who falls victim to it. Their personal means to get through the tragedy is their business.


There is no doubt that it takes bravery to come forth and express the hurt and humiliation.  This in the end most times is necessary for the healing to take place.
___________________

With past and recent postings on social media in various forms most Victims express their experiences in the process and likes to warn others.  Its not so much a public humiliation of the abuser but a public warning of the individual or others in the same situation.  And  the "shout out" to get away and out of it.


A post made last month clicked with mostly those within the NYC/Harlem scene.  While not in the form of sexual abuse, as stated earlier emotional abuse can be just as harmful to the victim.  With permission it is being reprinted here, along with the just as honest addendum...

This Master Manipulator has also wrongfully influenced and

lied to dance students in the Harlem area, so much so that

they cannot see the light of day - or refuse to.  Blinded by

some sort of defaulted admiration and/or infatuation.  Some

have copied his destructive cunning behaviors willfully and

undermining behaviors and matters would begin to be

exposed. Time will tell with ALL of these experiences what

will happen (and if these individuals will be held accountable

more so) but we commend these brave souls for telling their

stories to help their fellow dancers - male and female - to

More importantly we should all want to help those

hurt with their process to heal, and get true support.

your local or supposed Lindy Hop Land "family" get

whatever help you deem necessary for you.